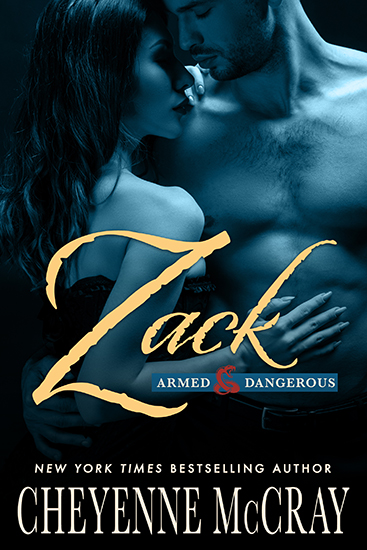 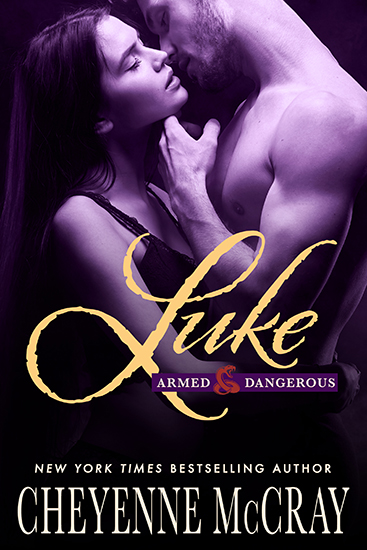 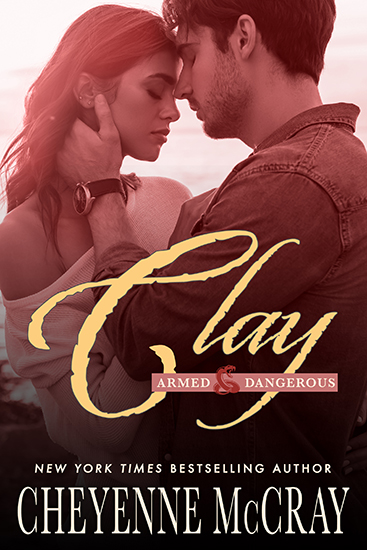 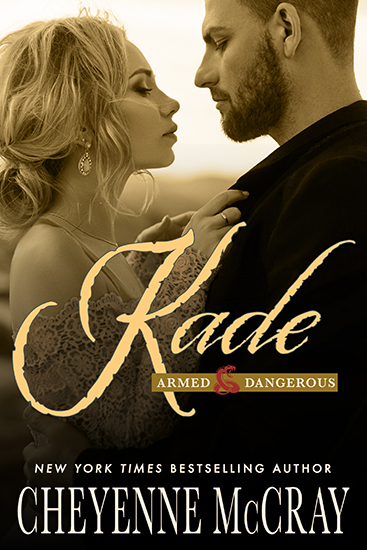 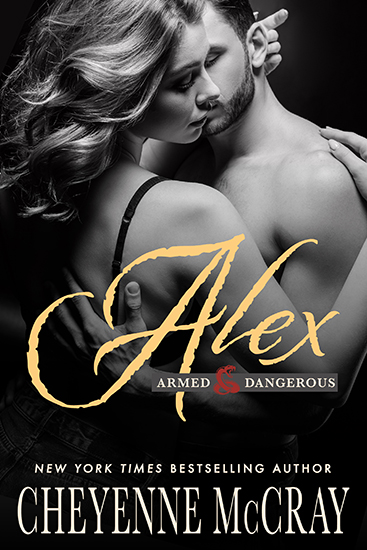 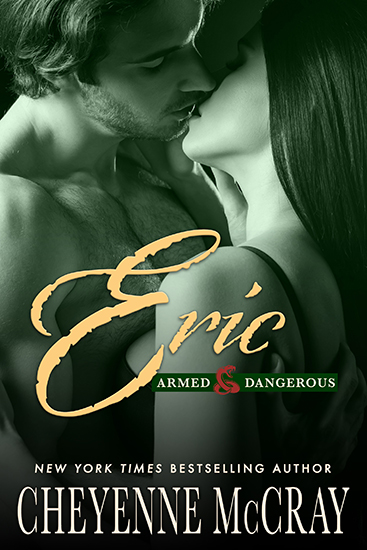 A sexy Armed & Dangerous novella: Tessa Cooke is a tomboy through and through. But when she lets her best friend talk her into letting her hair down and stepping into something hot and sexy, she lands herself in the lap of Eric Ruiz, hottest lawman in town.

Eric has had his eye on Tessa for some time, so when she propositions him, he doesn’t have to think twice. Once he’s had her in his arms, he’s not about to let her go.

An Armed and Dangerous novella: When Nicole Landford makes a bet with her cousins to go after the first man who “trips her trigger,” little does she know that she’s in for the ride of her life. Unfortunately it’s with the last man on earth she wants to be with.

Alex Grand’s had his eye on Nicole for years. Now that he’s got her attention, he’s got more than his hands full with the wild thing who claims her heart’s not up for grabs. Not if Alex has anything to do with it. He intends to tame Nicole’s wild heart and make the woman his for keeps.

Please note: Alex was originally published in eBook and print in the Hearts are Wild anthology with Ellora’s Cave under the title “Wild Hearts”. Alex’s first name has been changed.

After a bitter divorce, reporter Kelsey Nichols has erected a border around her heart too strong for any man to cross. She’s not ready for a relationship of any kind with any man. But when Kelsey meets Kade she can think of nothing but being in his powerful arms.

Intelligence Agent Kade Owen is hot on the trail of a notorious smuggler when the sensual blonde reporter comes into his life. Once he gets a hold of Kelsey, nothing will stop Kade from winning her heart.

Please note: Kade was published in print only with St. Martin’s Griffin. Kade was originally published in eBook and print with Ellora’s Cave under the title Wild Borders. Character names were changed at St. Martin’s request, and the “Armed and Dangerous” versions were expanded considerably from the original “Wild” series.

Rancher Rylie Thorn loves everything about men, but she’s positively phobic about commitment. After growing up in a broken family and witnessing too many failed marriages, Rylie knows “forever” is just not in the cards for her.

Sheriff Clay Wayland has been called in to investigate a rash of crimes in the southeastern corner of Cochise County. But one night when he goes into the field to do some observation, he comes across a sensual woman who’s doing some investigating of her own. Rylie immediately sets his blood on fire and he knows he has to have her. And it isn’t long before Clay begins the job of taming this wildcat and making her his . . . for keeps.

Please note: Clay was published in print only with St. Martin’s Griffin. Clay was originally published in eBook and print with Ellora’s Cave under the title Wildcat. Character names were changed at St. Martin’s request, and the “Armed and Dangerous” versions were expanded considerably from the original “Wild” series.

After four years abroad, Trinity MacKenna has returned home to her family’s ranch in southeastern Arizona. Everything in her life is going just the way she planned it—a home in London, a brilliant career, and she’s practically engaged to a gorgeous English gentleman. But when Trinity meets Luke, the cowboy turns her perfect world upside down. Everything about him is virile and sexy, dark and dangerous—and definitely not part of Trinity’s carefully arranged plans.

From the moment Luke Denver sees the sensual strawberry blonde, he knows he’s got to have her. Luke is intrigued by Trinity’s combination of sophistication and innocence, boldness and shyness. Even when Trinity tells him she’s taken, Luke doesn’t let that stop him, because he’s determined to make her his…no matter the cost.

Please note: Luke was published in print only with St. Martin’s Griffin. Luke was originally published in eBook and print with Ellora’s Cave under the title Wildcard. Character names were changed at St. Martin’s request, and the “Armed and Dangerous” versions were expanded considerably from the original “Wild” series.

Ever since bad boy Zack Hunter left her ten years ago, breaking her heart, Sky MacKenna hasn’t been able to find a man who sets her on fire the way he did. Then he comes striding back into her life—bigger, badder, and sexier than before.

Zack Hunter never thought his job as an Immigration and Customs Enforcement agent would lead him back to his small hometown, and he never thought he’d set eyes on Sky again. Leaving her behind had been the stupidest thing he’d ever done, but this time he isn’t going to let her go. And as soon as Zack lays eyes on Sky, he makes it clear that he intends to make her his all over again.

When Sky becomes entangled in the case he’s investigating, Zack can’t help but take the threat personally. As the danger mounts, their passion burns even hotter.

Please note: Zack was published in print only with St. Martin’s Griffin. Zack was originally published in eBook and print with Ellora’s Cave under the title Wildfire. Character names were changed at St. Martin’s request, and the “Armed and Dangerous” versions were expanded considerably from the original “Wild” series. 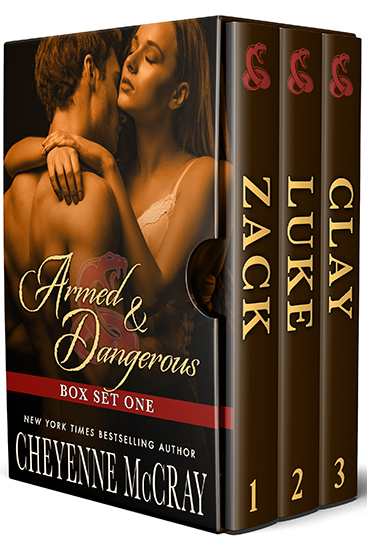 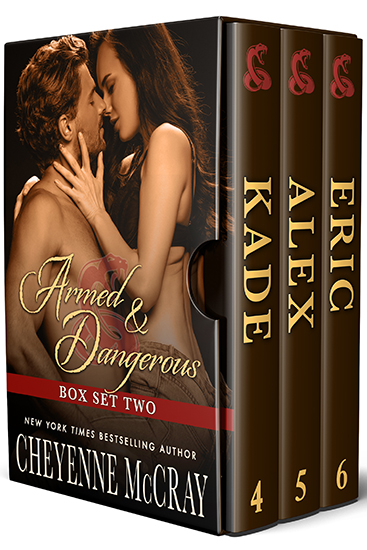 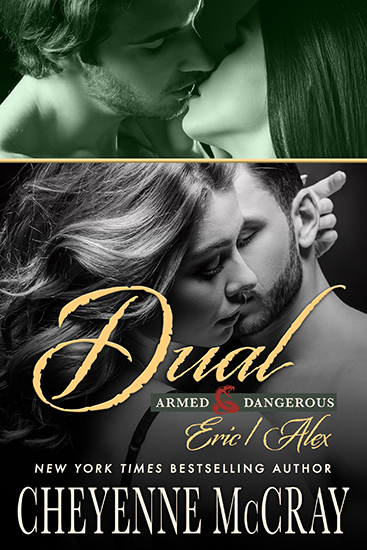