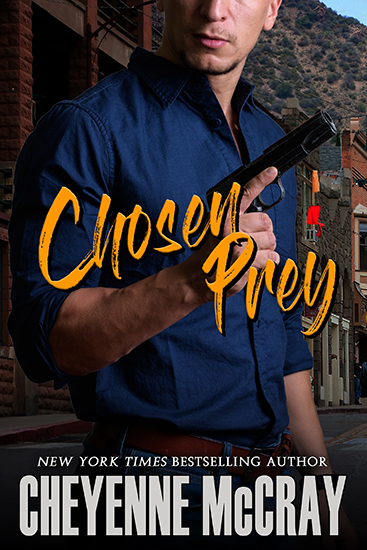 Lyra Collins has made a life for herself in a sleepy artists’ community in Arizona. Having escaped from a cult five years ago, she keeps a low profile, making a living as an artist. But when a mysterious man with a dark, dangerous look appears on her doorstep, she knows it’s time to run again.

Former cop Dare Lancaster didn’t mean to lead a bunch of fanatical cult members straight to Lyra’s door. But now that he’s gotten her into this mess, he’s determined to get her out. The frantic heat their bodies generate whenever they’re together makes him want to save her…

Neal Barker’s grandfather was the first Prophet Jericho, and Neal now rules the Temple of Light commune unchecked. According to his visions, he and Lyra are destined to produce the new Messiah, so he will stop at nothing to make her his own. But soon Dare will discover just how far he’ll go to protect Lyra—and never let her go.